The Road To Hollywood 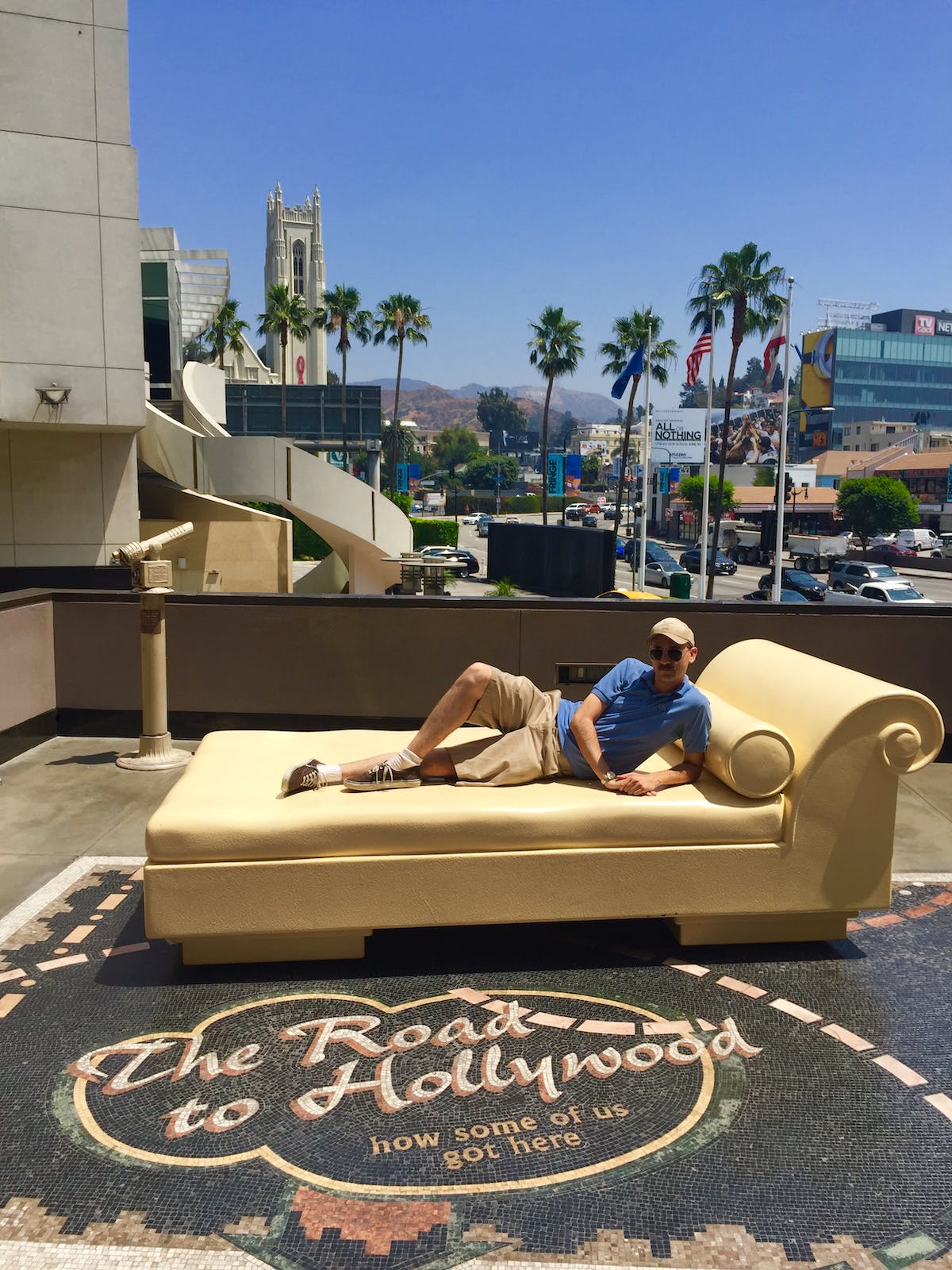 This couch sculpture has an interesting story. In 2001 when the Hollywood and Highland mall opened they unveiled an immersive art piece entitled “The Road to Hollywood”. The piece is a series of anonymous, scathing quotes set up like a road map about how you have to compromise your morals to make it in Hollywood. Stealing work and lying about who you are just par for the course in show business. The map ends at this stone couch, unofficially dubbed “The Casting Couch Monument”. The joke is that after everything you have to do to make it you still have to go to bed with powerful people to get ahead. For over 15 years the couch sat there with no one thinking twice about it. Then in the fall of 2017 at the height of the burgeoning #MeToo movement the couch suddenly vanished. A few weeks later the couch reappeared with a hastily written disclaimer from the mall explaining that it was “just a couch”. Either way people still don’t care. They just want their picture with The Hollywood Sign.