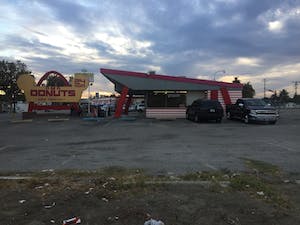 The original McDonald’s restaurant was opened by Dick and Mac McDonald in San Bernadino and has long since been torn down. Officially the Oldest Operating McDonald’s (I was told it was the third built in the classic Golden Arches style) is in Downey, CA. However a number of older, original McDonald’s locations still survive around Southern California as other things. This one is now AMA Donuts in Pomona. Notice the original single arch sign. Almost the same color scheme too! 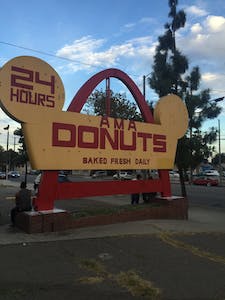